We have teamed up with Infinity again to bring you what may be the hottest holiday gift of 2020: The BlanQuil x Infinity Massage Gun.

What is Percussive Therapy?

Percussive therapy provides rapid bursts of pressure into the tissue of the body. This can reach even deeper layers than a foam roller or human hands to help release muscle knots. This therapy has been found to prevent Delayed Onset Muscle Soreness, improve flexibility, increase blood circulation, and offer quick relief to muscle soreness. 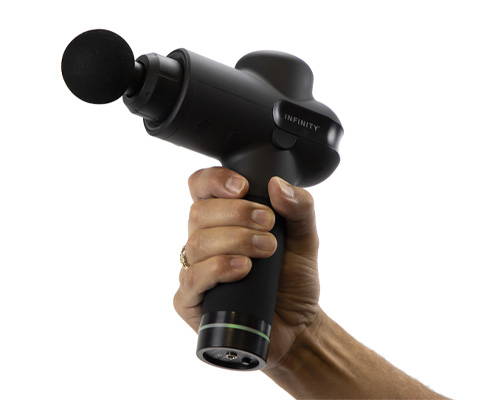 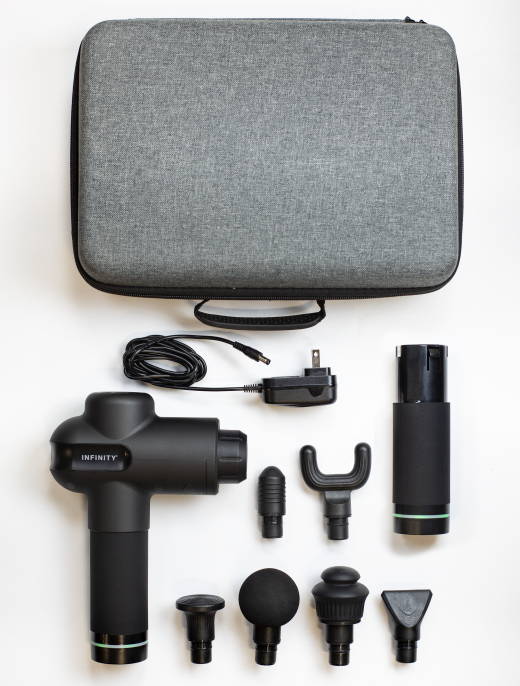 We teamed up with Infinity, a leading brand in the massage industry, to bring you the BlanQuil x Infinity Massage Gun. Our Massage Gun features 5 massage speeds and 6 separate attachments. Two powerful 24V lithium ion battery packs are included with the gun to power your recovery. Each battery lasts 4 hours to ensure you release any tension and soreness.

Flat
Features a large, flat contact point. Great for large muscle groups such as the calves, and hamstrings allowing you to cover more surface area in less time

Bullet
Features a more concentrated contact point which re-enacts a thumb. Best for pinpointing specific areas of the feet or around joints.

Dampener
Features a cushioning effect for users new to percussive therapy. Great for large muscles such as the glutes, adductors, or lower back, and also more sensitive areas such as the knee.

Fork
Featuring a two-pronged shape, the fork head is great for getting into smaller, slimmer muscle regions such as the Achilles, IT-band, forearms, or along the spine.

Ball
The large round head is used for large muscle groups such as the quads, hamstrings, traps, and upper back.

How Do We Compare To The Competition? 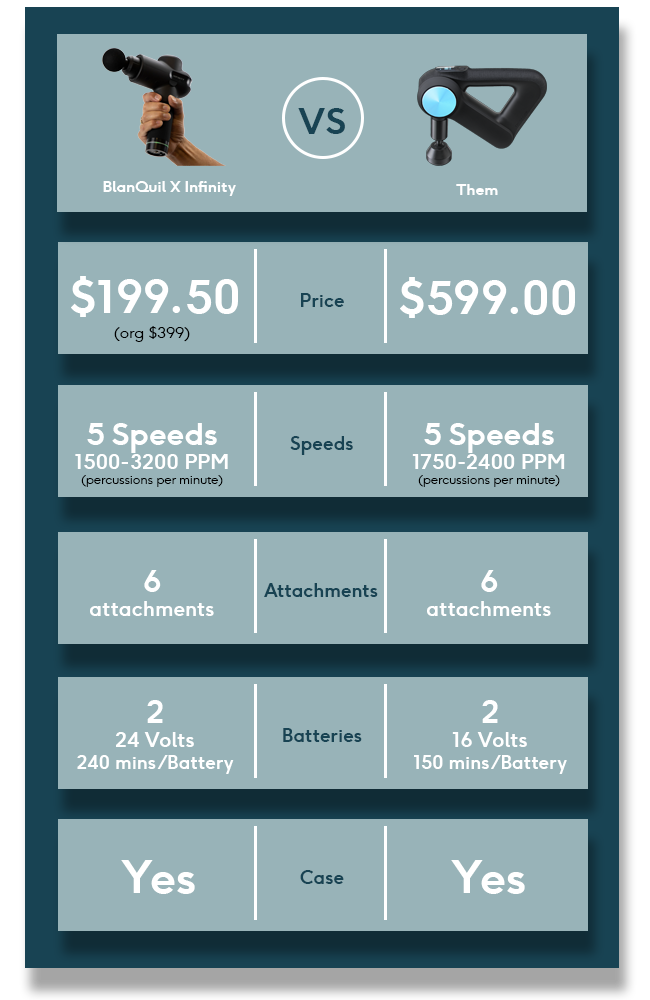